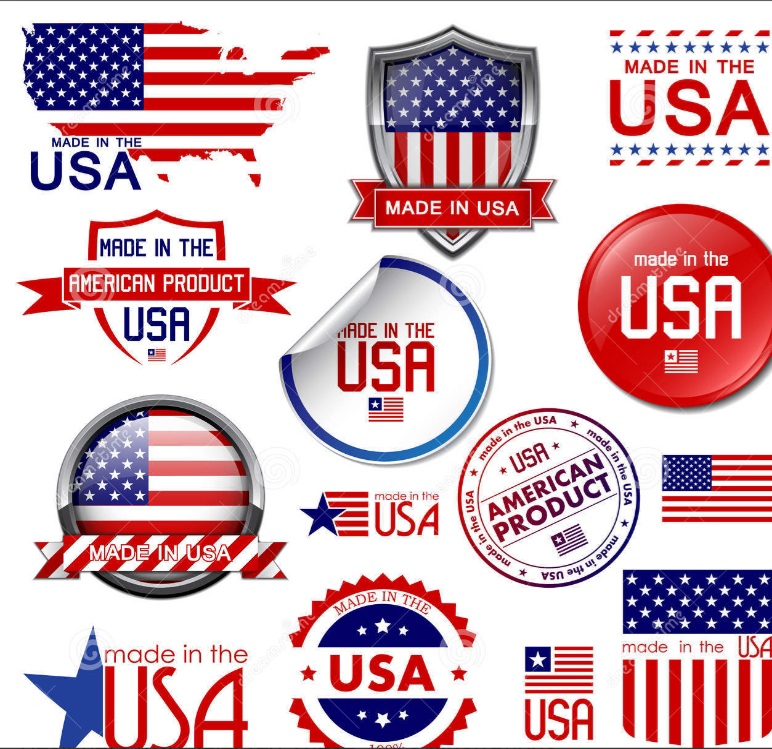 This issue has been a long running one, ever since the political policies of the 1980’s when trade with China opened up in a big way, and America started to lose its manufacturing capability because of the inability to compete with cheaper made foreign products. The trade deficit is huge, and doesn’t appear to be going away, with the current levels of Political Infringement upon American manufacturing, via an over abundance of imported goods, and additionally; an over abundance of rules, regulations, & bureaucratic ‘red tape’ to control American manufacturers’ ability to expand.

This has led to a MASSIVE problem in the United States, where those overly abundant imports have caused an addictive dependency upon cheap goods, with an attitude that it doesn’t matter where they came from, & unfortunately often being from countries that one way or another; suppresses its people. How do we get rid of this problem? Stop buying imports and start buying Made In The U.S.A. !

Give drugs to a drug addict, and they will take them. Made in China, Malaysia, Vietnam, India, Etc., feeds the addiction of Consumerism. (Yes, that’s really a thing) Inexpensively made items, leading to over production, and lowered prices that create a lack of understanding the value of the dollar…. which in turn, creates the Throw-Away Society that we live in.   Until the so called; ‘government’ changes its evil policies, real, long lasting change shall never happen.

… to go into it a bit further: It’s the same thing with those who are [often fraudulently] running the ‘government’…… if everybody would just stop voting for the wrong people, and LEAVE the Establishment Duopoly System of unconstitutional politics (Democrat & Republican) then we wouldn’t have the trade imbalance or deficits in the first place. Sadly; most Americans are completely unaware of the origins of American constitutional governance, and just how vastly different things are, compared to what it was originally created to be. Still; others knowing it, are selfish and refuse to do the right thing, because they want what they want, and that’s it. Only when in time, things get bad enough to affect them personally, are people willing to look towards making change happen for the better.

That time; developing for years, has now finally arrived.

Modern government is made up of Political Parties, & ‘Special Interests’, no longer being made up of We The People. ….. WE; the American Citizens, are the only legitimate  government. THEY whom are in power, and do not follow our authority as the seat of government, are NOT the legitimate government.  If you organize & vote to CHANGE this, then made in America will be the first choice of item purchased in the stores, because it will be the most abundantly available, due to a public policy that favors it.

How do we organize to change it?

Step One:
Change your Voter Registration to ‘Constitution’ and then join your local, County, or State Constitution organization. It’s a numbers game. We need to grow our level of united membership, and then we can directly compete with the establishment, for ballot access, get the best candidates elected, and ultimately; change public policy. For the majority of those reading this; the Constitution Party is not a new fad. It’s been existing for most of your lifetime. Since 1992, we have been striving toward a better change in America, and we want you to be a part of it. Now is your opportunity to do so.

Step Two:
We form the strategic plans to most effectively facilitate change, and then we directly execute those strategic plans, making them become a reality. Contact us for more of the details. We can help everyone across the country. Together; we can accomplish anything desired!

Educational Writings to better understand the background of this, and related issues;